Travis Burfield, referred to as Ropeburn, is a former security guard and wrestler.

Travis Burfield was once a wrestler, which is how he earned the nickname "Ropeburn". According to Mercury, he once broke a competitor's arm and headbutted a referee that tried to stop him. Robert Pope, a big fan of wrestling, hired Burfield to be one of his management employees (Jacknife says it was Security).

After Jacknife told Faith Connors about Ropeburn, Faith went to his office, where she overhears his involvement with Project Icarus. Escaping from the building, Faith informed Miller, who set up a meeting with Ropeburn on a construction building. Faith arrived to the meeting, only to be ambushed by Ropeburn, most likely he saw her. Throwing her onto another part of the building, he attempts to kill Faith by bashing her down with a metal pipe. His attack, however, would have been countered by Faith if she had disarmed on time. Later, she pushed him off the building, resulting in him falling off the building and holding onto the building's edge. Faith then forced him to admit he set Kate Connors up and that he hired an assassin to kill Robert Pope. Ropeburn also told her a meeting was arranged the next day to meet the killer at the New Eden Mall, afterwards refusing to tell more unless the Runner helped him up. As Faith was about the help Ropeburn up, an unknown sniper shot Ropeburn, resulting in him losing his grasp and plummeting to his death. 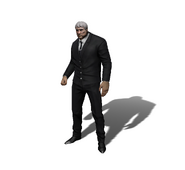 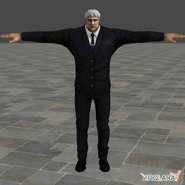