"The Edge" is the prologue Chapter of "Mirror's Edge". This chapter must be completed before the other main storyline chapters can be accessed. The Shard is also available in the demo, and is the only mission with 2 Runner bags (one to introduce the bags, and another as a normal, secret bag).

The Edge is not really a part of the storyline of the game, though it shows when the authorities (specifically Pirandello Kruger) became more aggressive towards the Runners.

Faith's task was to meet up with Celeste Wilson and give her a Runner bag. Along the way, Faith sees two police vehicles on the ground. Just before she enters a building, a City Eye news helicopter spots Faith and alerts the CPF. Faith goes through the building's ventilation shaft but is spotted by officers (assumed to be City Protection Force officers) that then open fire as she attempts to escape. Jumping from building to building, Faith is faced with more officers on the way to Celeste's meeting point. Meeting up with her, Faith gives the bag to Celeste, who alerts Faith of a squad of heavily armed officers behind her. Over the radio, Mercury orders Faith to get off of the building by whatever means necessary. She is then forced to jump off the skyscraper she was on, and then manages to flee by grabbing onto the landing skid of the City Eye helicopter hovering above the edge of the building and then safely landing on another building. Mercury demands to know what Faith did to provoke the Blues to fire at her, to which she responds she did nothing. Saying he would try to get answers, Mercury then orders Faith to return back to Mercury's Hideout. 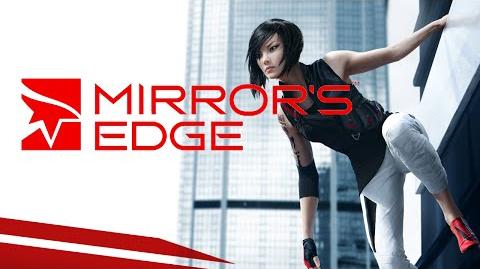